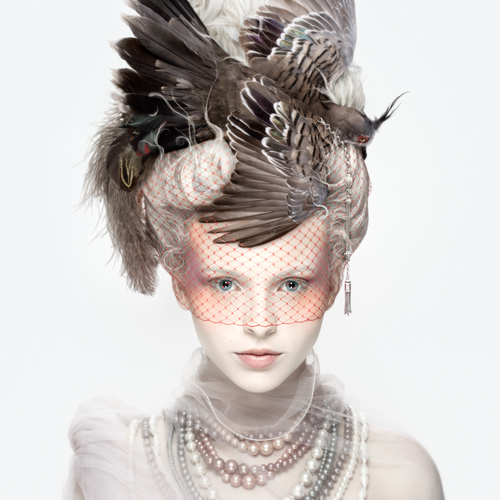 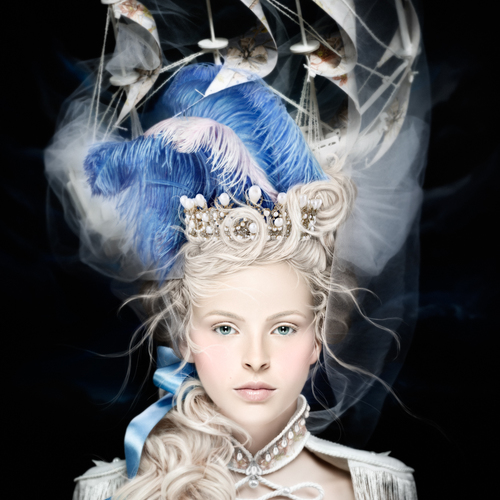 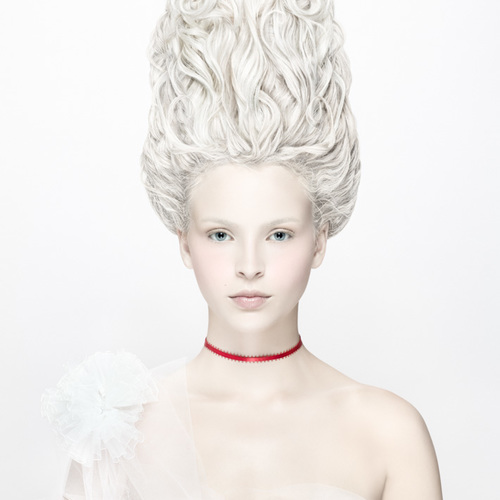 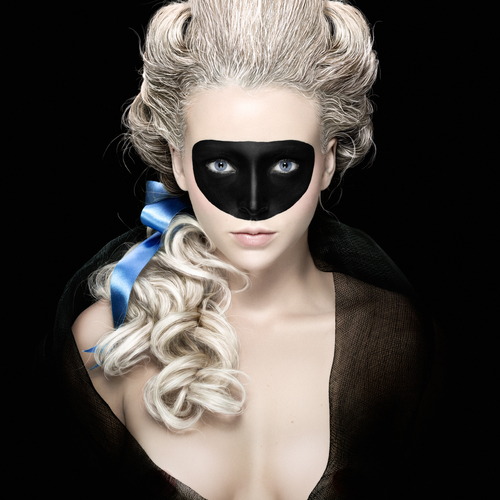 A study of Marie Antoinette.

Marie Antoinette has become synonymous with fashion, and rightly so. Marie a devotee to fashion, received daily advice from her dressmaker, known as the “Minister of fashion” and together they would lay the foundations of haute couture.

Her famed headdresses know as the pouf, were constructed from a combination of her own hair, human hair extensions and wool. These lofty coiffure's were up to six feet high and were bound to wire scaffolding and decorated with precious jewels and large plumes. Some hairstyles even reflected voguish topics and politics by featuring detailed figurines such as ships, windmills, babies, and even fresh vegetables.

Marie Antoinette’s self-promoting coiffures allowed her to play with politics and be fashionable at the same time.

Initially Marie Antoinette dazzled the Parisians with her avant-garde approach to fashion, however this mood dramatically changed. A series of devastating harvests and excessive price of bread impelled the starving people of France to stage riots known as the Flour Wars, in the lead up to the revolution.

Set against the backdrop of the Flour Wars, Marie Antoinette continued to frivolously attend the Paris Opera, opulently dressed in her powdered coiffures. As flour was in desperately short supply and was also the main ingredient used to coat Coiffures, flour became the topic that inspired the legendary remark attributed to Marie Antoinette ‘Let them eat Cake’.

One month before acceding to the throne, Louis XVI made as a gift to Marie Antoinette, a small château called the Petit Trianon, which had once been the pleasure palace of Louis XV’s court mistress, Madame de Pompadour. The architectural masterpiece was immediately restyled by Marie Antoinette, to cultivate the so-called simple life, inspired primarily by Swiss born philosopher and novelist Jean-Jacques Rousseau.

Rebelling against the formal constraints of Versailles, Marie Antoinette alienated the court nobility, by only invited her inner circle to enjoy the simple life of Petit Trianon.

Enthusiastically transforming the palace into a cultural experiment, the Queen even replaced the formal French gardens of Petit Trianon with English rolling meadows, complete with cows and perfumed sheep. The glamorous pouf Marie Antoinette embraced in Paris was transformed to mimic the surrounding landscape and poufs of the Petit Trianon included vegetables, fruit and posies.

The Queen spent lavishly on themed parties at Petit Trianon and guests treasured their invitations. At a party hosted by Marie Antoinette for the Grand Duke and Duchess of Russia, the Queen’s coiffure featured a jewel-encrusted bird. Thrilling her guests whenever she approached, the Queen would tug on a little chain attached to the bird to make its wings flap.

A naval clash that occurred between the British and the French in 1778 was to inspire the extravagant pouf worn by Marie Antoinette, known as La Belle Poule.

The Queen was renowned for voicing her opinions on current topics through the elaborately decorated headdresses she wore. As the British were attempting to supress a colonial uprising in America, Marie Antoinette’s husband Louis XVI had chosen to side with the rebels. Although the French frigate carried the day, the victory of La Belle Poule represented the beginning of a long and financially crippling war for the people of France.

Worn in a trivialised response to the American Revolution, a fully rigged replica of La Belle Poule sailed on a sea of the French Queen’s hair.

During the French Revolution, a period known as the Reign of Terror resulted in the execution of over 16,000 “enemies of state” in front of cheering crowds in Paris. Those executed were primarily nobility or royalty and included both Marie Antoinette and Louis XVI.

Following the Reign of Terror, a celebratory atmosphere inspired the appearance of a number of gruesome fashions known as à la victime.

Red ribbons became fashionably worn around the neck to symbolise the bloodline where the guillotine’s blade sliced through the neck. Men and women wore their hair cut high off the neck, to imitate the way the executioner cut the hair of victims to expose their neck to the blade.

Great victims’ balls known as Bals des victimes were held for relatives of the victims of the guillotine. Guests dressed in fashions à la victime and danced together to mourn their dead by celebrating life. In place of a graceful bow, guests would greet each other by sharply jerking their head downwards to imitate the moment of decapitation.

Louis XVI preferred Marie Antoinette to remain out of politics and instead, entrusted her with the task of entertaining the court. Hosting several themed parties a week, the Queen revived the grand balls of Versailles by organising dazzling masquerades and theatrical performances.

Turning to clothing to cultivate her image, the sumptuously dressed Queen captivated the crowd. Her couriers flocked to the parties to drink, dance and gamble, lingering with the Queen until well past dawn. Marie Antoinette’s parties established her as a leader in the realm of fashion, firmly setting the tone at Versailles.

Setting her sights on Paris, the undisputed centre of fashion, Marie Antoinette was drawn to the boutiques, gambling dens and the ultra-stylish Paris Opéra. At Opéra balls, guests were able to disguise their identities behind masks and cloaks (dominoes) and mysterious strangers were able to chat and flirt without revealing their social rank. Although the rebellious Queen enjoyed dressing incognito at the Opéra balls, she was regularly recognised behind her black domino disguise.

Marie Antoinette’s adventures began to spark furious court gossip as the Queen scandalously socialised below her rank with aristocrats, haute bourgeois, actresses and courtesans. It was at an Opéra ball that Queen Marie Antoinette of France was first attracted to Count Axel von Fersen, an aristocratic Swedish officer, who was to become the great love of her life.